Christians Have Been Marginalized?

Fox News has an interesting article based upon polling done by Lifeway Research. It basically says that Christians have been marginalized and that we will soon lose our influence.

You can read it here. 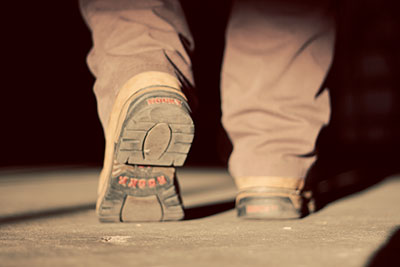 The problem I have with this opinion piece is that all the talking heads, including the Pastor interviewed and people surveyed, forget that God is greater than all of this.

Christians are only becoming irrelevant in the culture war because we refuse to have a voice. We are becoming the salt that has lost its flavor, the light that is now covered up. We are more concerned with comfort and praise of man. Just as John 12:42 tells us of the Pharisees the following - "Nevertheless even among the rulers many believed in Him, but because of the Pharisees they did not confess Him, lest they should be put out of the synagogue". Yet believing in Jesus is not enough. James 2:9 tells us "You believe that there is one God. You do well. Even the demons believe—and tremble!" and we know what awaits the demons. It is about the personal relationship with Jesus. In taking Him as your Lord and as your friend. Our faith manifests itself when we speak up for Jesus.

" Would you tolerate someone calling your Mother or Father names or firing them from their jobs because they have an opinion about God? How about allowing other to beating up on your sisters and brothers just because they love their Lord? Why then, do we sit quietly by as we watch others do this to our Lord and Savior? Christianity is not, nor has it ever been about religion. It is about a personal relationship with Jesus. If you don’t know that, then you have been listening to man and not reading your bible. Why would you trust man with your salvation, when God promises that He is the very "author and finisher of our faith"? His Word is found in the bible (John 1:1). When Jesus the Messiah became your Lord, you became His bondservant. If you love your Master, then why don't you speak up for Him? It is through you that He has His voice."

Our very rights afforded us via the U.S. Constitution are becoming marginalized. Freedom of Speech and Freedom of Religion are both guaranteed under the 1st Amendment to the U.S Constitution. It does not mean freedom from religion, but freedom of religion.

Our God is much bigger than all this. He grew a Blessed Nation out of one man, Abraham. He created the universe, He parted the Red Sea, and He created you. If God can do all that hard stuff, then God can also do a revival here. Christians have to quit grumbling and allowing themselves to become divided about the things that don't matter and start focusing on the One Thing that does. Jesus!

Nowhere in the bible does it say being a Christian will be comfortable. In fact it tells us the exact opposite. The bible is clear in John 15:18-19 “If the world hates you, you know that it hated Me before it hated you. 19 If you were of the world, the world would love its own. Yet because you are not of the world, but I chose you out of the world, therefore the world hates you." But there is a promise in Deuteronomy 31:6 - "Be strong and of good courage, do not fear nor be afraid of them; for the Lord your God, He is the One who goes with you. He will not leave you nor forsake you.”

" If you are a "John chapter 3 born again Christian", then the world already hates you. That is because it hated Jesus first. It is time we stopped worrying about being liked by the world and started speaking up on behalf of Jesus. If we don't then we lose. God will judge this nation based upon its morality and the Bible is clear in that wicked nations are judged. Don't think so, just read Psalm 2. It is a short psalm, but speaks volumes. I also want you to think, and I mean really think about what is also being lost. How about the salvation of our children, our grandchildren, our wives, our parents, our closest friends. These are those who will never have that saving relationship with Jesus, because we did not speak to them, or guarantee that others can share their faith with them. This will happen, because we ALLOWED ourselves to be marginalized. What is at risk is that they will be lost, not only to God but to you as well when you reach eternity, because lacking that relationship with Jesus, they will not be allowed to inherit the Kingdom of God."

The two biggest lies that Satan tells us today is that we can make it to heaven by being a good person (works) and, You don't have to accept Jesus today. You can do that tomorrow because once you do that the fun is over. The problem is that they are both lies. We are told that Satan is a liar and a murderer. He finds his joy in the deception and the demise of humans. Satan is not concerned with what you do, just so long as you don't worship God. Jesus is the one that tells us in John 14:6 :"...“I am the way, the truth, and the life. No one comes to the Father except through Me". Most of you reading this know that Jesus is the only way to heaven, but I am not sure all of you. But lets say that you are already a Christian. You are now the enemy of Satan and he will do everything he can to marginalize you. Yet you don't have to fear. You are not alone in this battle. We can never forget.... "He who is in you, is greater than he who is in the world" (1st John 4:4). The rules that God has in place is because He wants you to “have life and that they may have it more abundantly” (John 10:10). Not because He wants to be some cosmic killjoy.

God can turn this around. But to do so, He needs you to be willing to stand up on His behalf and as stated before in Deuteronomy, to "be strong and of good courage". That is how it works. If you are comfortable seeing your right to be a Christian taken away, if you are OK with your children being taught that there is "no God", or that He is irrelevant.

If you are OK with being told that all lifestyles and other religions but yours are OK. If you find it OK to be unable to share your faith, even in the house, then by all means, do nothing. If you think for a second that this is not your fight but the Pastors, then you are sadly mistaken. The purpose of the pastor is “for the equipping of the saints for the work of ministry, for the edifying of the body of Christ, 13 till we all come to the unity of the faith and of the knowledge of the Son of God” (Ephesians 4:12-13). This is all of our fight, not just the Pastors.

I hope this letter is a wake-up call. Edmund Burke once said, “The only thing necessary for the triumph of evil is for good men to do nothing.” Folks, we are living in a time where this is more truer than ever. Jesus is the answer to this problem. He has already given us the way to fix it. We must quit being timid. Matthew 10:32-33 "Whosoever therefore shall confess me before men, him will I confess also before my Father which is in heaven. But whosoever shall deny me before men, him will I also deny before my Father which is in heaven.". It is time that the salt once again had its flavor.

I urge you once again, if you are not registered to vote the do so. Write your Congressmen and Senators; get involved in the political process. But remember, that when you do these things, you are God’s representative. What you feel is irrelevant. You need to vote with the morality that the Bible tells you. Do not be afraid to ask the hard questions. But get involved, one way or another. It is the only way we can save and change this nation which at one time was declared a “Nation under “God”.

May our Lord bless and keep you,
Pastor Gary Currie